Founded in 1920, Shirley Engraving built its reputation as a leading nationally-renowned printer of fine printing and stationery. In over a century of operations, Shirley Engraving ensured its place in history and continued centuries-old traditions and craftsmanship.

With dedication and creativity, Shirley spent a century performing and perfecting the old-world craftsmanship processes that distinguished audiences recognize and appreciate – complete with an engraving press built in 1928! 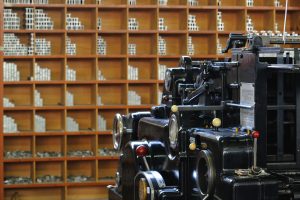 Through the decades, the world of print kept changing, and Shirley kept changing along with it. While still carrying on classic print and engraving traditions, Shirley’s team of experts stayed up-to-date with the latest improvements and innovations in print. From the development of inkjet to inventions in ink formulas, from the dawn of the computer age to high-tech digital print processes, complete with online ordering and other services, Shirley has been there for it all, continually providing the best possible service to loyal customers through the decades.

Shirley hasn’t just been a part of printing history – it has been part of American history on an even bigger stage. Over the years, Shirley Engraving has had the honor of being part of significant moments in history. In 1953, the company engraved invitations for President Dwight D. Eisenhower’s Inaugural Ball – and, over fifty years later, did the same for President George W. Bush’s second Inaugural Ball. Shirley Engraving continued to provide high-end printing along with its integrated branding and communications services to over 300 loyal clients. 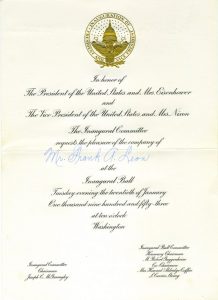 Years ago, Shirley Engraving became part of the Priority Group, alongside other print, graphics, and communications companies with a focus on great quality and customer service. In 2022, after nearly 13 years at the helm of the company, president DJ Margason decided the time was right to step away, retire from the print business, and pursue other passions.

Today, Shirley Engraving has become a fully-integrated part of Priority Press. It’s just the latest step in a journey that has taken this iconic company from the Roaring Twenties to the White House of the 21st century and beyond.